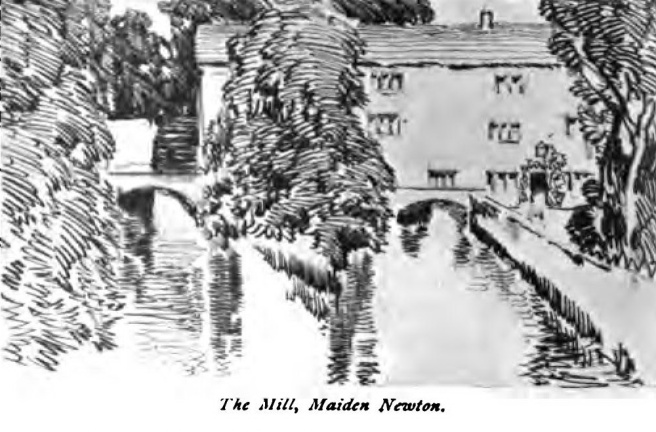 This was a large parish [2859 acres] but with fewer diary entries and completed much more quickly than other, smaller, commutations. Apart from the fact it was hand written through out there is little of any great interest about the commutation. The agreement was made on the same day as the North Poorton agreement. The original map was signed “John Martin Valuer” [type 2] but the copy is not signed. The original is signed in many hands by the various landowners and the copy bears a list of the landowners but in one hand. The title letters on both maps appears stencilled although shaded individually and the cartouche on the copy map is more complex than the original. Otherwise there are no substantial differences between the maps.