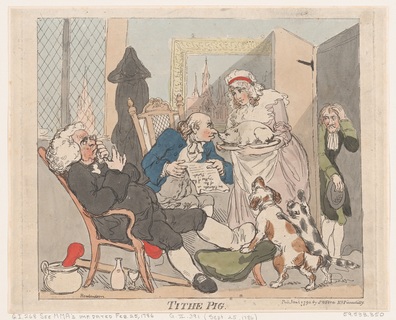 For over a thousand years tithes, that ten percent of the annual increase of the produce of the earth, were paid by farmers to the Rector of the parish, or a lay person who had bought the right to claim the tithe. For the Church in England, whatever it’s denomination, the tithe was the principal source of income. They turned a church which, in it’s early years, espoused poverty and self denial into a behemoth that influenced every aspect of society. By the 19th century any pretence that the early church had that tithes were a divine law was abandoned and they simply became another form of property.This is the story of the tithe and John Martin’s role in collecting and then commuting the tithe.

A Very Brief History of the Tithe