Hutchins clearly felt an affinity to the Anglo-Saxons for he says of this parish, “Beincome was one of the numerous possessions of E Harold, afterwards king of England”. For Hutchins William is just, ‘the Conqueror’. It was always a big parish in terms of area, being assessed at 8 hides [approx 960 acres] at the time of Domesday. This accords surprisingly well with the 6” OS map of 1901 which gives the area of the parish as 981.476 acres.

Hutchins in the first edition notes the extensive earthworks nearby “so that here seems to have been the scene of some remarkable action” but it was not until the sensibilities of the romantic movement had become established that it’s natural beauty was appreciated by which time Hutchins 3rd ed waxed lyrical:

From the summit of the Bincombe barrows there is one of the most extensive and beautiful views in the county. The harbour of Portland, the breakwater, &c are spread out like a map at one’s feet; and from, behind the eye can stretch far into the county; whilst the coast line comprising the Chesil beach with the strip of water behind it called the Fleet is visible from Abbotsbury nearly to Lullworth [sic]”

In 1801 an army camp was established at Bincombe to fight off any Frenchmen that might land and its churchyard is home to two German Hussars who tried to desert and were shot and buried there. Hutchin’s tells us that the name derives from the Anglo-Saxon ‘Binnan-comb’ the inside dell and “The Village indeed, as it’s name implies, is remarkable for it’s secluded situation.” 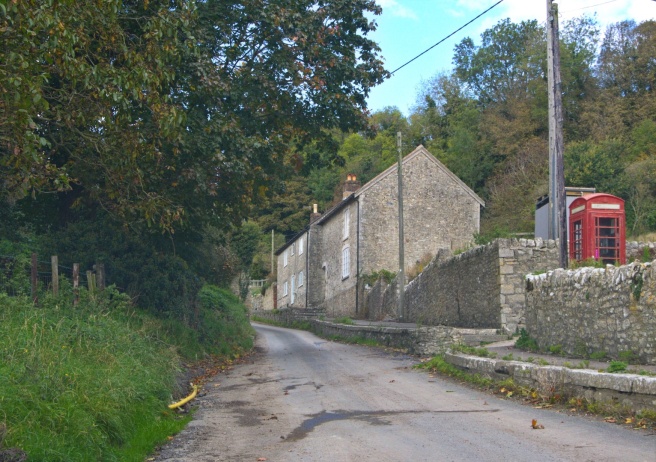 Seclusion however is no protection against the dread march of progress and the Bincombe bill was introduced in 1824 and was enacted in June 1824. The commissioners included Baverstock Knight but also a stranger to these parts, Robert Wright of Norwich. Wright was a high flyer. As well as being a successful land agent in his own right he gave evidence on the state of agriculture in Norfolk to the Commons Select committee on Agriculture [1833] and was employed by the Bishop of Ely and the Dean and Chapter at Norwich Cathedral to oversee the church estates. He also wrote a pamphlet, “Observations on Mr Withers Report of The Hempstead Appeal And on the Attempt which has been made to Establish the Principle of Productive Value as the Basis of Rating Lands & Tithes.” Price 2s 6d.

The reason for his attendance in Dorset is indicated on the tithe map where the title declares it to be a Map of the Parish of Bincombe Dorset The Property of the Master and Fellows of of Gonville and Caius College Cambridge 1837”, the manor having been bought in 1569 by ‘Dr Caius second founder of Gonville and Caius”. He notes that the Rectors of the parish had always been [bar one]Fellows of the college which, given the distance to Cambridge meant that either the University or the Parish lost out by having an absentee Rector/Fellow. Such a high powered organisation was not likely to entrust inclosure solely to a county surveyor.

Once again Baverstock Knight advertised extensively, one is particularly interesting and is unique amongst those that I have examined for it gives the result of a perambulation of the parish,“Beginning from the Ship Inn at Ridgway and extending up Ridgeway Hill to a Bound Stone near the corner of an Old Inclosure in the Parish of Martinstown from thence Eastward to another Bound Stone near Huish Bottom and from thence Northward to a Bound Stone in Huish Bottom near Monkton Clap Gate; and that we have caused Marks and Bounds to be made between such Bound Stones, and have ascertained and determined the same to be the boundaries between the said Parishes of Bincombe and Upway.”

The diary entries from 1827 are at the end of the inclosure which was enrolled in the same year,

One of the Banks John Martin would have measured at Bincombe.